Sriracha Lip Balm: A Christmas Gift for Masochists in Your Life

Sriracha Lip Balm: A Christmas Gift for Masochists in Your Life:

Sriracha makes most things better, including popcorn and lollipops. But the latest addition to the Sriracha camp—lip balm—might just be a step too far for most people. More » 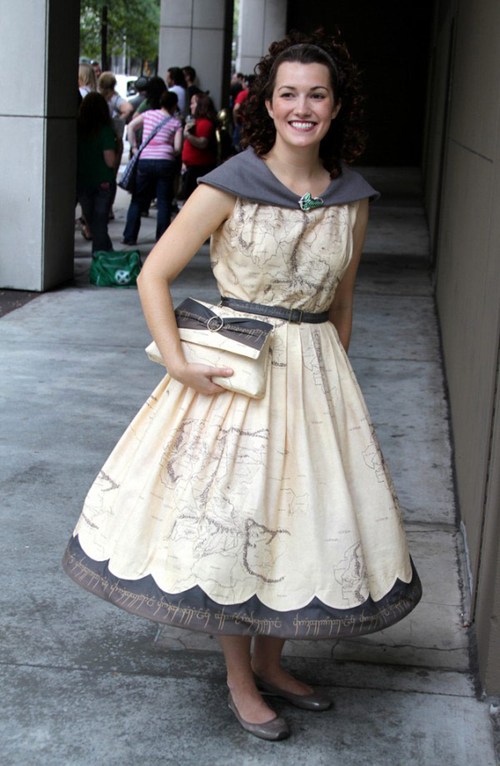 Submitted by:
Unknown (via Flavorwire)

You Can Pre-Order the Back to the Future Hoverboard Right Now:

If you missed ordering it earlier this year, you can pre-order the official Mattel Back to the Future hoverboard right now at MattyCollector.com. Plop down a $130 and you'll get the 1:1 scale model that's fully sanctioned by the movies. It's the real deal. More » 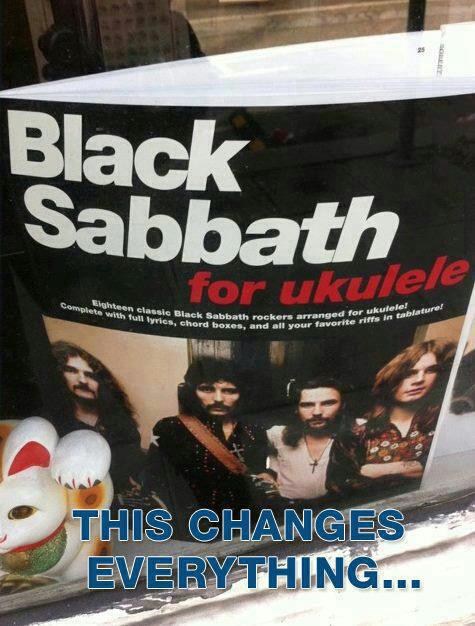 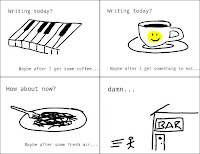 Psy’s “Gangnam Style” Passes Justin Bieber’s “Baby” To Become The Most Popular YouTube Video Ever With Over 805 Million Views:

It was only a matter of time, and we’re happy this happened on a slow news day over the weekend: Psy’s viral music video hit “Gangnam Style” just passed Justin Bieber’s “Baby” to become the most popular video in the history of YouTube. The video has now been watched over 805 million times.
The video made its YouTube debut on July 15 and currently has over 5.3 million likes and about 320,000 dislikes. Bieber’s “Baby” – which had a nice run at the top of YouTube’s charts since its debut in February 2010 – only has about 1.4 million likes and a whopping 3.2 million dislikes. At least Bieber’s corporate parents won’t be too unhappy about this development: since September, Psy and Bieber work for the same music label.
Thanks to Psy’s (and his management’s) relatively hands-off approach to fan-made remakes and parodies, the song itself has likely been heard quite a bit more often on YouTube. According to one metric, these fan remakes have garnered over 220 million views. The first live performance of the song on Korean TV also has a full 152 million views.
With the exception of “Charlie bit my finger – again,” every single video in the YouTube top 30 is now a music video and sadly, this list also includes the “Tootin’ Bathtub Baby Cousins” with 251 million views and “The Gummy Bear Song” with 265 million views. We’ll leave it up to future anthropologists to decide what this all means…

How to Enjoy Life

How to Enjoy Life:

Enjoying life is often thought to be a mindset, the result of reflection, action and gratitude. And while most of us lack sufficient free time to escape to some mountaintop temple to follow our bliss, the best way to find happiness is to make practical, everyday changes. Coupled with conscious choices to appreciate the people in your life and making space to do the things you're best at, small changes to your life soon add up to greater enjoyment in life.

“I am no man”: for Zelda-playing daughter, dad gives Link a sex change

“I am no man”: for Zelda-playing daughter, dad gives Link a sex change: 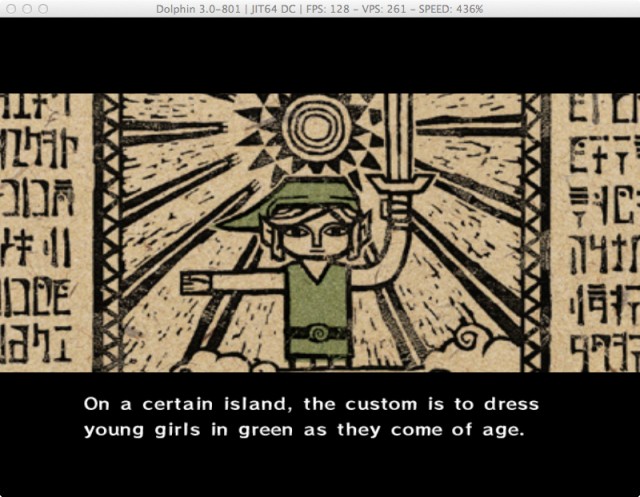 A selection of text modified to address Mike Hoye's daughter.
Mike Hoye
Why did small business owner and gamer dad Mike Hoye spend the last few weeks hand-tweaking the text in The Legend of Zelda: The Wind Waker so that the main character was referred to as a girl instead of a boy? As he put it, “I’m not having my daughter growing up thinking girls don’t get to be the hero.”
Hoye and his three-and-a-half year old daughter Maya have recently been playing Wind Waker together, but Hoye was bothered by the fact that even players who change the protagonist's name to something other than "Link"—which the game allows—always get addressed as though they are male. The main character is always referred to with words like “master,” “my lad,” and “swordsman.” Because Hoye's daughter can't yet read, Hoye has been reading the on-screen dialogue aloud to her and diligently transliterating the gendered language from male to female on the fly as they traverse the game's Great Sea together.
To make this process smoother, Hoye eventually decided to hack away at the actual text of the story, producing a female-oriented version by altering the game's data files. According to his blog post on the project, Hoye took a GameCube disk image (.GCM) of Wind Waker and dug into it with a hex editor. He changed all story text and dialogue by hand, then tested his work by playing the game file in the Dolphin GameCube emulator.
Read 6 remaining paragraphs | Comments
Posted by Josh at 1:29 PM No comments:

How To Make Sparkling Cider at Home

How To Make Sparkling Cider at Home:

We're always amazed by how truly easy it is to make things like sparkling cider at home. All you do is add a bit of yeast to some juice, bottle in recycled soda bottles, and wait for it to carbonate. Presto chango, fizzy cider!

• How To Make Sparkling Cider
The Kitchn

How would you like to have your favorite superhero look down at your from your room window or glass door? Okay, this may not be everyone’s dream, but for those of you nostalgic about Super Mario, Iron Man, Warhammer 40k or the shield of the Knights of Hyrul, these colorful stained glass panels could make for some alluring home additions. The original designs belong to artist R. Evan Daniels of Martian Glass Works and have the ability to completely transform the look and feel of any room.

All these complex projects are featured on Etsy, with prices ranging from $400 to $4500. The most expensive piece is the Iron Man 3, which the artist describes as follows: “This is possibly the most amazing and complicated piece I’ve ever made. The final dimensions for this piece are 31″x47″ There are a total of 334 Pieces of Glass and the window is 9.5 square feet. I used 275 feet of copper foil and 5 rolls of solder to complete this. Construction time is over 100 hours“. Impressive. But would you consider having it in your home?

Dive Right Into the Largest Ever Image of Our Galaxy's Centre

Dive Right Into the Largest Ever Image of Our Galaxy's Centre:

You are looking at more than 84 million stars, the largest ever catalogue of the centre of our galaxy, the Milky Way. Astronomers at the Paranal Observatory in Cerro Paranal, Chile, stitched the 9 gigapixels of the original image from thousands of individual infrared pictures.You can see the full, zoomable version here. More »

Love butternut squash but hate all the work it takes to peel, chop, and roast them? It's time to try delicata. These striped, mild-flavored squashes are far easier to slice, and get this: you don't even have to peel them. Is that a collective sigh of relief I hear? More

Based on how many turbocharged boxer engines Subaru currently uses in its cars, solid news of a force-fed BRZ was only a matter of time. So it comes as little surprise that Automotive News is reporting that Subaru is currently developing a turbocharged version of the 2.0-liter engine currently found under the hood of the much-loved but somewhat underpowered 2013 BRZ.

AN's unnamed sources indicate that this engine will use a twin-scroll turbocharger and a new direct-injection system that will help give the engine an estimated 280 horsepower and torque that could be in excess of 250 pound-feet... still being sent to the rear wheels. The turbo'd BRZ will reportedly be making its debut for the 2014 model year, but it isn't clear if Subaru will simply call the car a BRZ Turbo or if it will finally deliver the BRZ STI that many enthusiasts have been clamoring for since the BRZ STI Concept hit the scene in 2011.

As soon as we know more, so will you.

Subaru developing engine for BRZ Turbo originally appeared on Autoblog on Mon, 22 Oct 2012 18:57:00 EST. Please see our terms for use of feeds.
Permalink | Email this | Comments
Posted by Josh at 12:21 AM No comments:

Googler loads Ubuntu on an ARM-based Samsung Chromebook, gives solace to the offline among us

Googler loads Ubuntu on an ARM-based Samsung Chromebook, gives solace to the offline among us:

Samsung's ARM-running Chromebook is barely out of the starting gate, and it's already being tweaked to run without as much of an online dependency. By a Google employee, no less. Not content to rely solely on Chrome OS, Olof Johansson has loaded Ubuntu on the Chromebook by partitioning an SD card, mixing OS components and booting from USB. The technique unsurprisingly requires being more than a little comfortable with a Linux command line as well as playing fast and loose with the warranty. It also won't be cheap or quick -- commenters note that you'll ideally have a partitioning-friendly SD card, and running a desktop OS from a slower kind of flash storage creates an inherent bottleneck. Anyone who likes the Chromebook's $249 price, but isn't as enraptured with the cloud as most of the team in Mountain View, might still want to try Johansson's step-by-step process for themselves.
Filed under: Laptops, Software, Samsung, Google

Googler loads Ubuntu on an ARM-based Samsung Chromebook, gives solace to the offline among us originally appeared on Engadget on Mon, 22 Oct 2012 23:28:00 EDT. Please see our terms for use of feeds.
Permalink